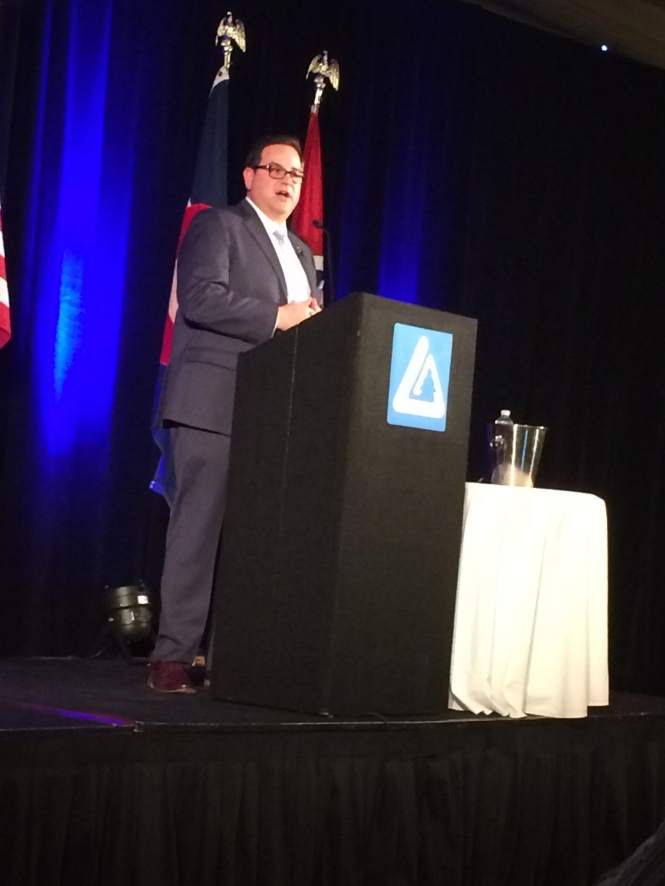 Lakewood Connects exists to merge, mentor and mobilize faith communities for meaningful partnerships with businesses, government and schools in Lakewood, Colorado. A key part of this vision is developing partnerships between churches and government. City and County Government leaders and organizations set the boundaries, strategies and responsibilities to sustain great ideas and programs. In Lakewood one of the most important political leaders to develop a relationship with is the Mayor, Adam Paul.

Adam and I have worked together for over 7 years. He lives in the Green Mountain neighborhood near the Lakewood Church where I pastored for 15 years, and we worked together on projects like the “Foothills Field of Dreams” at Foothills Elementary School in 2012-2013.

Recently the Mayor spoke at Lakewood Church along with former Mayor Steve Burkholder on the topic of “Committed to our Community.”

Each year the Mayor delivers the “state of the city” address at a lunch meeting in front of 400 people and a TV audience. I was fortunate to attend this year’s lunch Thursday March 8. It’s a big deal that the leader of the city leads the city. But it is more important that the leader of the city leads the city towards excellent, noble, and visionary goals and dreams that touch on the needs of everyone in the city and at the same time leads the city to a successful future. Lakewood is fortunate to have a person who is capable and bold enough to lead the city with that kind of vision.

Mayor Paul shared that the slogan for the City of Lakewood for 2018 is “Boldness!” There could not be a truer slogan or task ahead for any leader of any city in America today! Lakewood faces tremendous challenges in areas like aging population, homelessness, affordable housing, smart growth, its relationship with the County, its relationship with neighboring cities, and bringing together all of the diversity in the city to agree on a clear future goal and commit to working together to achieve that important common destiny!

Mayor Paul said his “one thing” for the year personally was childhood hunger. Near to that topic was affordable housing. During the lunch address he highlighted the work done by Pastor Drew Ross of Bethlehem Lutheran and their new Mobile Shower called “Living Well” and Principal Esther Valdez at Rose Stein Elementary. Both Drew and Esther are close friends and partners with Lakewood Connects!

Lakewood Connects is blessed to be a partner supporting Mayor Paul and everyone else leading in our community! It will definitely take boldness to envision the future and forge a pathway towards it! We plan to be here and appreciate your partnership and support! BOLD in 2018!

Click the button below to partner with Lakewood Connects financially.